Guide to April 24, 2022 Meeting of the Palos Verdes Democratic Club

The April meeting of the Palos Verdes Democrats was held by Zoom.  The theme was Recycling and Climate Change.  Our featured speakers were Edward Humes, author of Garbology and numerous books and Sierra Club magazine articles, and California State Senator Ben Allen, representing SD 26.

Note:  the times refer to the time location in the video below. 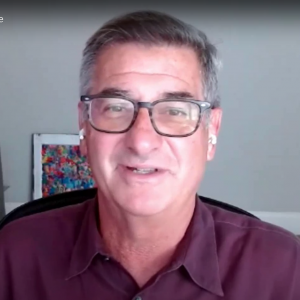 Ed Humes started out writing for newspapers and received a Pulitzer Prize in 1989 for specialized reporting for investigative stories.  Then he pivoted to writing non-fiction and true crime books including No Matter How Loud I Shout: A Year in the Life of Juvenile Court and Baby ER: The Heroic Doctors and Nurses Who Perform Medicine’s Tiniest Miracles.  In his latest March newsletter, Ed provides happy postscripts to these books – the first, of meeting a juvenile he  profiled who is now out of prison, with a college degree and a fiancé, and the second, of seeing the couple from the ER who weathered their grief and decided to bring another child into their lives. I met Ed when he spoke about his book, Garbology: Our Dirty Love Affair with Trash, at the Peninsula Library’s One Book One Peninsula event in October 2013.  He’s been interviewed by NPR’s Fresh Air host Terry Gross about his Door to Door: The Magnificent, Maddening, Mysterious World of Transportation about re-inventing mobility.  And, now Ed is with us to talk about how recycling is an important piece in saving mankind from climate change and a peek at his follow-up book to Garbology.  You can follow Ed on his website, edwardhumes.com.

01:56  Ed Humes talks about climate change, pollution, and telling the story of trash and the possible solutions “to our wasteful ways.”

16:42  Ed Humes says he really wants to talk about the scourge of plastics.

22:42  Ed talks about his new book, Garbology:  The Fix with a tentative subtitle, How We Kick Climate Change’s Ass One City at a Time.

31:56  Ed talks about EPR – Extended Producer Responsibility, which Maine has passed as a state law. 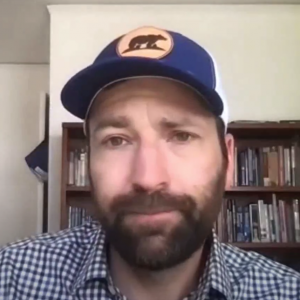 CA State Senator Ben Allen, representing us in Senate District 26 and a legislative leader in environmental protection efforts, is here with us today to speak about his policies to address the plastics pollution crisis.  In November, a ballot initiative to reduce single-use plastics and polystyrene food containers has motivated the plastics producers lobbyists who have prevented Senator Allen’s Senate Bill 54 from passing in 2019 and 2020, to be more receptive to negotiating and resolving outstanding issues with SB 54.  The plastic producers are realizing the bill is a better alternative than the expense to oppose this November ballot measure.  If the bill is crafted in a way that the ballot measure proponents (Escalante, Sangiacomo and Caryl Hart, vice chair of the CA Coastal Commission) deem acceptable and is passed by the end of June, then they would remove their initiative from the November ballot.

Note: LA County passed a single-use food plastic food ware ordinance on April 19, effective 2023, for unincorporated areas.  As of March 16, there were 150 local plastics ordinances in CA, which include simple bans on expanded polystyrene to ones passed in LA, Marin and San Mateo counties that also ban plastic utensils and other food ware that is not reusable or biodegradable.

35:13  Ben talks about single use plastics and the waste impact to the city budgets.

38:34  Ben talks about his Senate Bill 343 Truth in Labeling for Recyclable Materials that passed and was signed by Governor Newsom.

Updated note:  On Thursday, 4/28/22, California Attorney General Rob Bonta announced in a news release that his office has launched “a first-of-its-kind” investigation into the fossil fuel and petrochemical industries for “their role in causing and exacerbating the global plastics pollution crisis.”  Bonta said, “For decades, the fossil fuel and petrochemical industries have promoted the myth that we can recycle our way out of the plastics pollution problem.”

Check out the link to the article on our Links Page – April 2022.

39:16  Ben talks about why he introduced SB 54 to reduce single use plastics, which he says goes further than the Maine legislation.

Questions to Ed and Ben

49:20  Ann says a non-profit group in El Segundo wanted to recycle their single use plastic utensils. What can we do with them?
A:  Ben – The 1’s and 2’s are highly recyclable and he said they can use them or provide them to a shelter that is using them anyway as we transition away from single-use plastics.  Ed – or they can send them directly to the landfill.

52:40  Mehran asked about plastics and aluminum drink cans going into the ocean –  how are they getting through the storm drains?
A:  Ed – some is from storm runoff, but some of the debrie catchers are full or broken and there are a million pathways for them to get into the water.  Ben – spoke of his pet peeve about Styrofoam packaging breaking down into small “pills” and polluting our oceans.  He talked about a recyclable and sustainable foam called Cruz Foam that can replace the most harmful plastic polystyrene and polyethylene foams in our supply chain.

58:26  Allison said the big oil companies started with recycling triangle symbols and asked can many of them actually be recycled?
A:  Ben says that’s why his bill is trying to phase them out and says he would like the PV Dems to organize a trip to a recycling center.  He’s done this and said it’s a fascinating trip where you can see things getting recycled, like milk cartons (which Allison asked about).

1:00:40  Connie commented about her memories of our “perfect” glass bottles recycling system.  Why was that stopped?
A:  Ed said it was phased out because corporations had a case that plastics were lighter to ship than glass, but that wasn’t quite the case since they were able to clean and reuse the glass.  Ben said the beer companies in Oregon are standardizing the beer bottles and just slap on their label.  Some wine companies are starting to do it, too.

1:07:25  Steve had three questions – 1- Will medicine be recycled?  2- Is Tesla recycling lithium at their plants for their batteries?  3- Is the claim by Coke, Pepsi and someone else that they recycle all their plastic bottles, true?
A:  Ben said Q3 is nearly true if the bottles make it into the recycling system, but it’s more environmentally friendly to drink your sodas out of a can.  On Q1, both Ben and Ed didn’t know much about the medicine recycle plan – main thing is don’t flush the medicines.

1:11:03  Al said his very first job was as a bottle boy and remembers the bottle recycling system that Connie talked about.  He gets frozen food delivered in styrofoam packaging and when he asked about it, they said it was fully recyclable.  Is it?
A:  Ben said there is a company in Compton that recycles ‘clean’ styrofoam, but it breaks up easily and there are very few companies that do this.  If there was truly a market for this, there would be more recycling companies.

1:15:00  Glynn asked about what the tax in Ben’s bill would go to?
A:  Ben said the proposition has a tax to go towards compliance, but his bill does not include a tax.  He said the big plastic producers actually want a tax to help build out the infrastructure to make our system more functional.  Ed says we shouldn’t call it a tax and we should do like Maine and call it a reimbursement.

1:20:30  Ed and Bill’s closing remarks.  They both liked taking a tour of a recycling plant.  Ben said if his bill doesn’t pass in June, then we need all hands on deck to pass the ballot measure in November to reduce single use plastics.  Ben concluded by saying, city by city recycling measures are very  helpful to push the State measures that he’s advocating for.