By Ann Nye and Fraser Perkins —

Note:  the times refer to the time location in the video below. 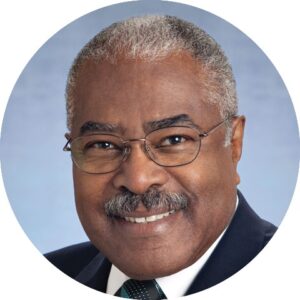 02:40  Challenges facing the Water District and how we can reduce our water demand.  “The past three years are projected to be the driest in the state history and we’ve received the lowest water supply from the city water project.”

04:45  The Metropolitan Water District has declared a water shortage emergency and approved a water conservation program that restricts outdoor watering.

06:12  The WBMWD is not subject to the Metropolitan Water District emergency in terms of the one day watering restriction.  West Basin is asking you to reduce your outdoor watering.

08:30  WBMWD has a flyer to help residents achieve a 20% reduction in outdoor water use.09-15-21 Outdoor Water Use Reduction

Rob Katherman spoke second about how WRD has responded to the drought.

10:08  Rob mentioned that Harold Williams is up for re-election and how WBMWD voted against the ocean desalinization project which they had championed for 20 years.  He said we need to recycle more water from the Hyperion Plant.

13:30  The historical perspective on why there is WBMWD and WRD.  Rob said we chose to increase our property taxes by 13% to get imported water in 1947.  Then we had to limit the amount of ground water pumping.

15:18  WRD was created in 1949 and they manage the ground water basin.  “We’re celebrating our 60th anniversary of purified “poop” water.”  Rob says, folks have to remember that water we get from the Colorado river is filled with sewage that’s been dumped along the way.  It’s not a new concept to recycle sewage water.

17:08  Looking at what was happening with climate change, Rob talked about finding a new source of water, recycled “poop” water for the saltwater barrier.  “We’re now 100% reclaimed water for the West Barrier.”

18:40  How the ground water basin is completely drought proof and free from imported water.  In Torrance, WRD built a desalter plant of treated water that can be put back into the ground to prevent saltwater intrusion.

19:35  Given the median rainfall history, Rob said we need to provide even more water.  One plan is to triple the capacity of the Torrance desalter and store more water in our aquifers.

22:30  What is the future for not dumping Hyperion sewage water in the ocean and getting to 100% recycled water?

Harold says the Hyperion plant has not been updated to support increased recycling.  The plan is to get to 100% five years from now, but it’s not funded, yet.

25:00  Does the water that’s injected into the barrier have to be highly treated as drinking water?

Yes, in fact it has to be more treated or it will start dissolving the metal pipe.

“It’s 80% ag and 20% urban.”  Rob said the almond growers in the San Joaquin Valley use more water than the entire water requirements for Southern CA.”  They need more incentive to shift to more conservative water use.

29:41  Why are they sending treated water into the ocean?

Harold says you need licenses to use it (which they are working on) and there’s no way to put it into the barrier.  Rob reminded us that this treated water is 10 miles inland (near the Harbor freeway) and it’s far away from the barrier system.

32:10  Harold commented that WBMWD is a wholesale agency which sells water to the retailers.  Rob said, “the secret to our water future is not only purifying “poop” water, but getting all these agencies to start working together.”  He predicts in the future we’ll be exporting water, but today we need to start conserving water.

37:00  Is there some pressure to decrease Almond Grower water usage?

The state water board is trying to curtail the Ag water usage, but it takes time.  “But in the meantime, they are over-pumping the San Joaquin Valley.”