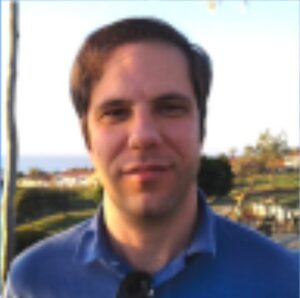 I’m Timothy Beyer, a long-time Lomita resident and software engineer with degrees in computer science and economics. I am running on the “People Over Profits” slate, summarizing my vision to address the material needs of workers and the poor, now facing conditions even more dire with COVID-19. The Democratic party pays too much attention to corporate and wealthy donors rather than to their constituents.

I wish to see that Medicare for All, housing for all, and a universal jobs guarantee are implemented, even if initially at the state or local level.

I was inspired by the Sanders campaign in 2015, and after the terrible outcome of the 2016 election, volunteered for local groups and political campaigns (canvasses, phone / text banks, honk and waves and tabling). In 2020, I was honored to represent the constituents of Congressional District 43 as an elected DNC delegate for Bernie Sanders.

I attended Torrance city council meetings, acting as an ally to Black Lives Matter: Los Angeles, fighting for justice for Christopher DeAndre Mitchell, who was murdered by two officers. His family has been treated very poorly by elected officials and repeatedly harassed by white supremacists.

I am deeply concerned with socioeconomic inequities, and am a proud member of DSA-LB. I support healthcare as a human right, canvassing with California Nurses for state-level single payer healthcare. I volunteered at Long Beach Community Table, which helps low income residents with food deserts that are pervasive in so many communities.

I believe that housing is a human right, and addressing homelessness requires an extensive expansion of public housing, universal rent control and a repeal of laws undermining housing reforms. Housing is complex, and must not be reduced solely to a market.

I believe that we must fight stridently for what we need against the powers that be as a community in a broad left coalition. If I am given the honor of representing AD66, I will prioritize people over corporate profits.