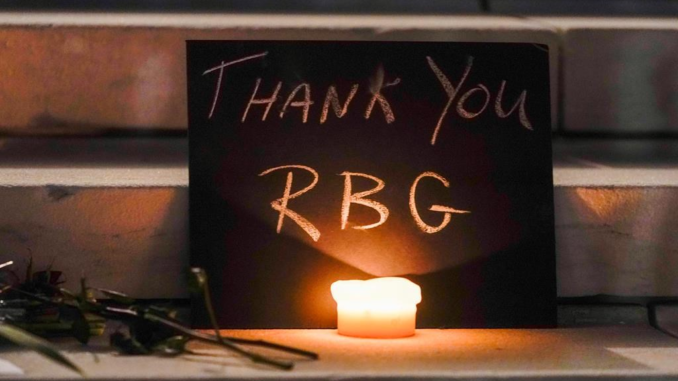 Friday night, Ruth Bader Ginsburg died and the land shook. I know we are all heartbroken for the loss of Justice Ginsburg; but for me this is a very personal loss. Without the momentous decisions she wrote in the Supreme Court, I never would have achieved a salary in an engineering field that let me support my sons, buy a house, and live and retire comfortably.

In only one of the many decisions she used to step-by-step, move this nation from gender biased laws to greater equality and justice for all, she dissented in Ledbetter v. Goodyear Tire & Rubber Co. where the plaintiff, a female worker was being paid significantly less than males with her same qualifications. She broke with tradition and wrote a highly colloquial version of her dissent to read from the bench. She also called for Congress to undo this improper interpretation of the law in her dissent, and then worked with President Obama to pass the very first piece of legislation he signed, the Lilly Ledbetter Fair Pay Act of 2009.

Ruth understood adversity and injustice and faced it herself in her professional life. Yet she never let this extinguish her hope; to quote Justice Ginsburg, “Real change, enduring change, happens one step at a time.”

I think Rita Bosworth of Sister District said it best, “Mourn her death, but continue moving forward. Do not let this extinguish your hope; rather, let hope burn brightly as a reminder that your actions matter, and we have the ability to continue making progress, even against all odds. She certainly did.”