After a 72 year fight by suffragists for women’s equality, the Susan B. Anthony Amendment was approved by Congress in 1919. That lead to ratification of the 19th Amendment, guaranteeing women the right to vote in 1920.

The Palos Verdes Library District, with support from the PV Democrats, is organizing a series of events to commemorate the centennial of those accomplishments.  Mark your calendars for a parade in Rolling Hills Estates currently planned for March 14, 2020. 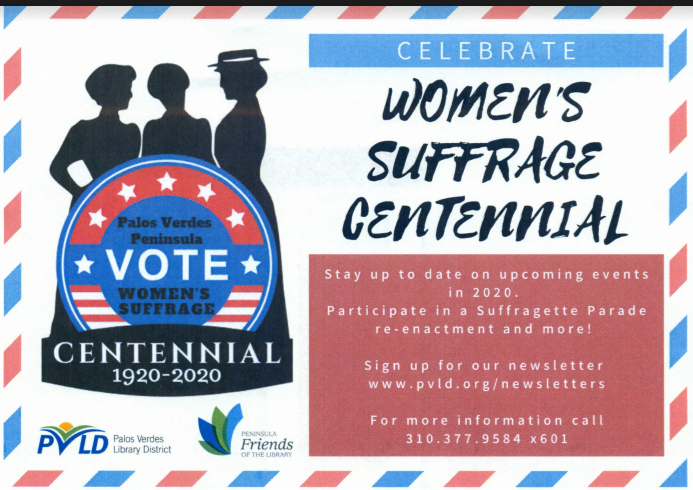