Thanks to all who made it out to Wilmington for the Los Angeles People’s Climate March!

Between 5-8,000 people from all over Southern California converged on Wilmington on Saturday, April 29. They marched to the Tesoro Refinery to speak out against the dangers to communities and the planet from our fossil fuel addiction. Speakers such as Robert F. Kennedy Jr., California Senator Kevin de Leon, and Actor and Activist Jane Fonda joined many advocates for and residents of the vulnerable communities surrounding the five nearby refineries.

Activists crowded Pacific Coast Highway marching towards Tesoro’s Los Angeles facility, now undergoing a merger/expansion with BP Carson, seeking to create the largest refinery on the West Coast of North America. They plan to double the storage capacity of dirty and volatile crude oils from Canada and North Dakota, the same threats which inspired movement against the Keystone XL and Dakota Access Pipelines, both recently green-lighted by President Trump’s Executive Orders.

Whitney Amaya organizes with East Yard Communities for Environmental Justice to address the industrial pollution in her West Long Beach community. She says they are fighting back at environmental racism, where communities of color face a disproportionate amount of pollution from refineries like Tesoro’s. Walking along with Kimberly Amaya, Whitney said, “We march because we’re tired of the high rates of asthma and cancer in our community caused by industrial pollution. Our health should be of first priority! People over profit!”

READ MORE & CHECK OUT A PHOTO GALLERY FROM THE MARCH!

Stay tuned for a petition to demand the South Coast Air Quality Management District (SCAQMD) send the environmental impact report back to the analysis phase!

Big thanks to all the supporting organizations who were involved in the April 29th march, especially those who were on the planning committee or contributors to the march expenses!

PLEASE NOTE: The May SoCal 350 Monthly General Meeting is taking place next Sunday, May 21st!

FOR MORE UPCOMING EVENTS CHECK OUT THE SOCAL 350 CALENDAR 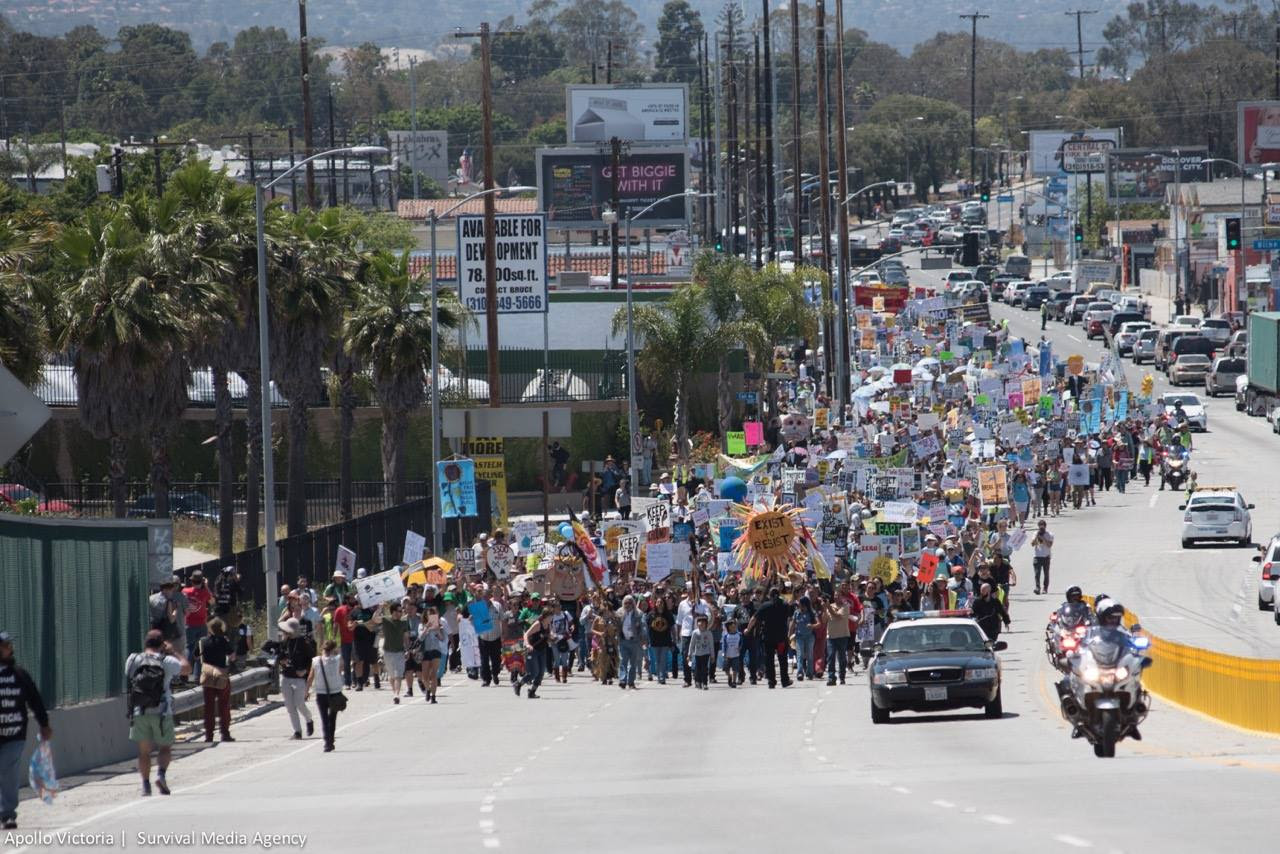